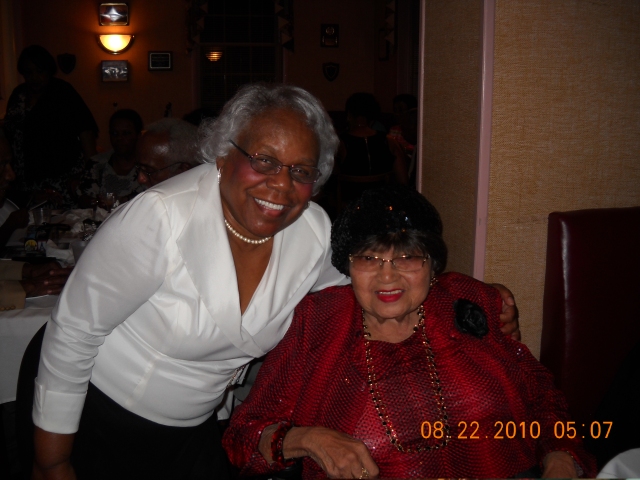 Mrs. Turner has many fond memories of Parker-Gray High School. The teachers were interested in one’s progress, and even gave one additional opportunities to excel if one desired to do so. Before Norma entered school, her grandmother asked the then first grade teacher, for some books, to teach her how to read. Miss Laura M. Dorsey gave Norma’s grandmother the books and Norma was taught how to read before she entered the first grade. Miss Dorsey was one of the most popular first grade teachers at Parker-Gray.

At 13, she returned home to her parents. After completing three grades at the Lyles-Crouch Elementary School (on the other end of town), she returned to Parker-Gray. During her high school years, her Mother became ill, and the family had to stay home one to three days a week. One of her favorite high school teachers was Mrs. Flora Walden Chase, who assisted Norma after school by allowing her to complete typing and shorthand assignments. Mrs. Chase was also instrumental in securing an after school job with Mr. Otto Tucker’s office. She typed letters and wrote letters for those who visited the office and for those unable to read or write, but were employed in Alexandria on construction jobs.

Between Parker-Gray and Lyles-Crouch Schools, Norma made great friends who were in her class: Lorraine Parker, Gwendolyn Russell, Jean Taylor and Alice Harris. After she graduated in 1947, Mrs. Turner attended Virginia State College for one year. She was employed in the Federal Government (1949) for the next 39 years.

Char McCargo-Bah is the owner/founder of FindingthingsforU, LLC. She is a professional genealogist, researcher consultant, lecturer, teacher and author coach. She is the author of two books and you can find those books on amazon.com by putting search on her name. She became a Living Legend in Alexandria, Virginia in 2014.
View all posts by cmb12 →
This entry was posted in Education, Parker-Gray School and tagged Favorite Teacher, Mrs. Flora Walden Chase, Ms. Turner's Class of 1947. Bookmark the permalink.